Templar Publishing needs your help! We have been challenged to raise £5000 for Breast cancer care and here is why….

Raising money for breast cancer became particularly relevant for Templar when it was announced just before Christmas that Amanda Wood, Creative Director of Templar Publishing, was being treated for cancer. We are delighted to say that Mandy is responding well to treatment. We have done all manner of crazy things to raise money thus far from marathons and hikes to beard growing contests. 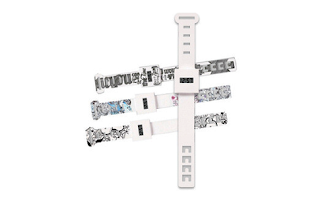 Our latest charity initiative brings together 8o of the countries most talented illustrators who have volunteered to design paper watches in their signature style for our
Paper Watch Project auction.

and many many more!

Watches will have a minimum bid of £15

All proceeds will go to Breast Cancer Care

Posted by Templar Publishing at 07:36 No comments:

AND THE WINNER IS...

The lovely yellow cover won the readers' vote for the third title in the Magicks series by Stephanie Burgis!

Look out for it in bookshelves this October, or like us on facebook for all the latest Templar Fiction news. 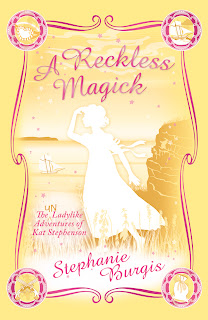 Posted by Templar Publishing at 08:25 No comments:

Calling all Kat fans! We want your help. Want to have a say in Kat's next cover? Just tell us which of these two covers you prefer for A Reckless Magick by Stephanie Burgis - the third unladylike adventure for Kat Stephenson.

Kat’s back for her third adventure, and as usual, social disaster is following in her wake… When the Stephenson family travel to a grand country house on the Devon coast for middle sister Angeline’s wedding, Kat is stalked by a dangerous magical enemy and finds everything she thought she knew about her late mother called into question. With smugglers, sabotage, tangled romance and plenty of magical activity at work, it’s down to Kat to protect herself and her family from impending ruin.

So should the cover be the sunny yellow version with the hot pink foiling on the title and the border? 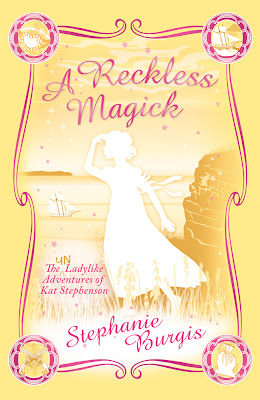 Or the pink with darker pink foil? 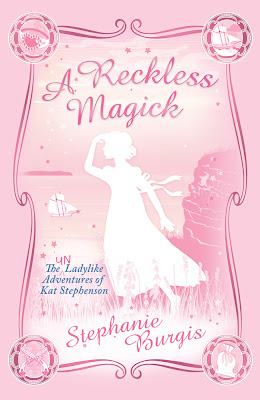 We love them both, but want to know what you think!

Don't forget it needs to sit nicely alongside the first and the second books in the series, A Most Improper Magick and A Tangle of Magicks.

Cast your vote using the poll at the top right corner of this page and we'll announce the winner soon.

Which cover do you prefer for A Reckless Magick?

Templar Publishing
Templar is a leading UK children's publisher, specialising in innovation and creativity. We produce books for children of all ages including award-winning fiction, novelty and picture books.